Sick of Christmas Movies? Try These!

Folks: bells are ringing and carolers are singing, which means two things: 1) Christmas is right around the corner and 2) Christmas movies are taking over the airwaves. If you’re like me, you’re already sick of Macaulay Culkin’s smug face or people telling that kid he’s going to shoot his eye out or Chevy Chase bumbling around the Griswold house…well maybe not that last one – Christmas Vacation is actually very good, but you get the point.

“But, Jared”, you say, “there are presents to be wrapped and cookies to be baked and I would like to make some attempt at joining in the holiday spirit while doing those things”.  Well, I know you do – and I do as well, so I’ve got you covered. The following are the best Christmas-themed horror movies ever…this is not opinion..it is fact and it will save you from the scrap heap of banality that is traditional Christmas movies. 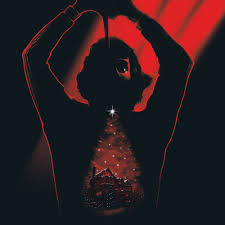 Directed by Bob Clark, who would later direct the previously referenced and much worse A Christmas Story, this is a tight little slasher film that takes place in a Sorority House during Christmas Break. Black Christmas contains some pretty risqué themes, especially considering it was a 1974 release, as well as some interesting kills and very disturbing obscene phone calls…..also some Christmas stuff thrown in there for good measure. If you’re on the fence so far just get a load of the tagline: “Have Yourself a Scary Little Christmas. It’s not at All Like the Ones You Used to Know”.  Now you’re sold, right?

*Note* There’s also a 2006 remake of Black Christmas, not nearly as good, but still watchable. 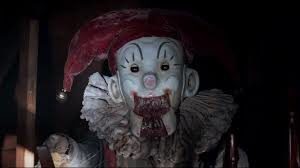 As the title would suggest, this movie is about Krampus, the folkloric half-demon half-goat contrast to Saint Nicholas, who shows up to punish bad children. Writer/Director Michael Dougherty does an excellent job at blending horror, comedy and festiveness in this gem. When young Max finally loses his Christmas Spirit, he unwittingly invokes Krampus to wreak havoc on the house and surrounding neighborhood. The film features an excellent cast of comedic powerhouses including Adam Scott (Parks and Recreation), David Koechner  (Anchorman) as well some terrifically designed killer-demon-toys to aide Krampus in his holiday slaughter. 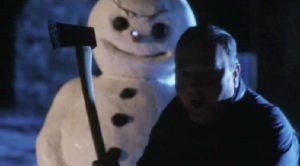 First thing: DO NOT CONFUSE THIS WITH THE MICHAEL KEATON MOVIE OF THE SAME NAME!  Trust me, you’ll thank me for that warning. Okay, now that we got that out of the way let’s talk Jack Frost. Michael Cooney wrote and directed this film about a murderer named Jack Frost who is being transported to his execution. While en route, the transport vehicle collides with a genetic research truck which results in Jack mutating into a snowman thus creating a serial killer snowman…..named Jack Frost. Yes you read that correctly. Now, folks, this is NOT a good quality movie and it knows that it’s not a good quality movie, but it wears that fact like a badge of honor. Just watch it, it’s hilarious. 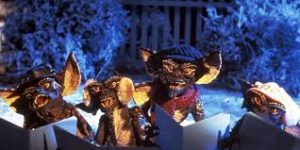 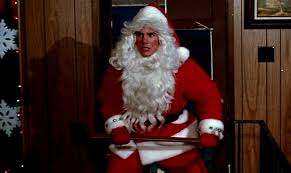 Legend has it that Director Charles Sellier refused to direct any scenes that contained violence or gore (which is about 95% of the film) and had his editor, Michael Spence, direct those scenes….so I’m not exactly sure who to give credit to for making this Grindhouse-style-Christmas-horror-cult masterpiece (sounds like a legit genre to me).

On Christmas Eve, young Billy witnesses his parents murder at the hands of a drifter in a Santa Claus outfit. After years in an orphanage a teenage Billy experiences some admittedly convoluted circumstances causing him to go on a  murderous Christmas Eve rampage.

Not a lot of people have heard about or seen this one, which is bizarre considering it hit theaters the same day as Nightmare on Elm Street (yea THAT Nightmare on Elm Street) and actually did better at the box office than the Freddy Krueger vehicle, however, due to outrage and protests, it was removed from theaters in it’s second week of release. By today’s standards it seems pretty tame, but I guess the PTA held more clout back then.

There you have it, folks. Bust out the eggnog, crack into those sugar cookies, and enjoy!

Interested in working with us? Reach out. We’re excited to hear from you.

Made with in Portsmouth, NH